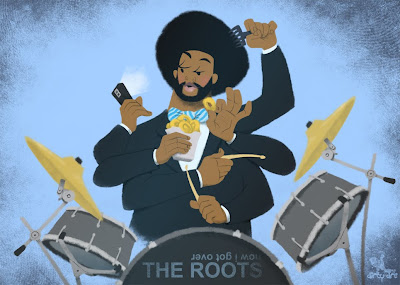 I recently joined the micro-blogging behemoth that is Twitter. It's great, I'm hooked! Perhaps the best part of being on this social platform is being able to follow virtually anyone! From Kanye to the Kardashians, if they're from this planet they're probably on Twitter.

You could imagine my excitement when I found some of my musical muses, like Mos Def and Common, online. Now when I clicked 'Follow' I assumed that with their busy schedules and hectic lifestyles these cats would almost never post a tweet. Between recording/touring/performing and occasionally sleeping, you would think that spending so much as 10 minutes tweeting would be too much, right? Yeah, nope!

Consider the shock when I discovered that the Musical Director for Late Night With Jimmy Fallon and percussion virtuoso drummer supreme ?uestlove of The Roots tweets all the goddamned time! How!?
Here's a little experiment; check out his page now and take note of the last tweet posted, then continue to read this.

It's impressive, seriously. Maybe less impressive if you're a 11-year-old Twilight fan-girl with Bieber fever. But when you're the Musical Director for a late night talk show, co-founder & drummer of the hardest working bands in the industry, constantly touring with The Roots, a music producer, hand-picked by Jay-Z, drum for an entire music festival, evening DJ, and make cameos in more commercials than television would allow, you're a busy individual.

So in pursuit to find out how Ahmir Thompson is capable of typing 140-characters of content on an average of 25 times a day, I put this illustration together to try and solve one of the many mysteries that create the ethos known as The Brother ?uestion. How else is he getting in all this Twit-time?

Now, go back to his twitter page. I bet he's already posted something new. He has! HASN'T HE!? 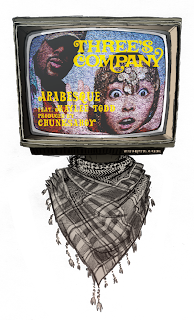 Nuclear Ambition out now!
Buy it on iTunes

I love this song, it's phenominal! The whole time working on this illustration I was listening to it looped and I still can't get enough of it.. I'm listening to it now as I type this!
Classic track about classic 80's sitcoms!

I am very excited to finally present this to you. Here is the album cover I whipped up for Arabesque's new album, Nuclear Ambition.

Besque is back after a long hiatus from the music scene and is bringing real intelligent positive impactful beats and rhymes with him. I was super pumped to work on this project and and even more pumped to work on future gigs with the Toronto native.

The song/vid is about the plight of landed immigrants and their struggle to assimilate. My lovely lady and I make a quick cameo appearance too.

Music connoisseurs, you want to check out Besque's jawns. You can find the Juno nominated artist here: 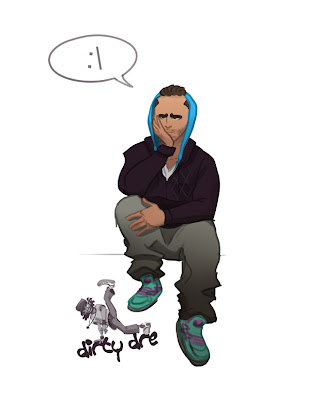 how to survive a remosecapade?
Posted by Dirty Dre at 10:04 PM No comments: 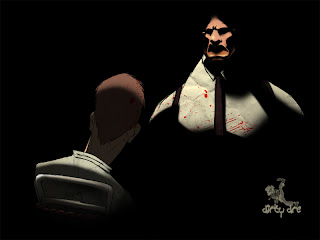 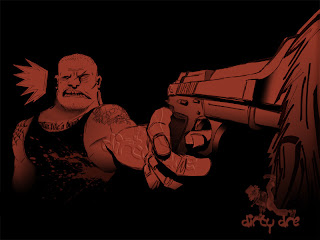 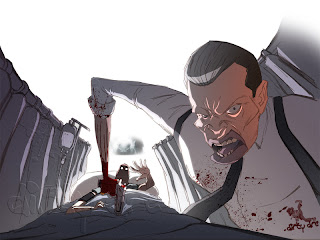 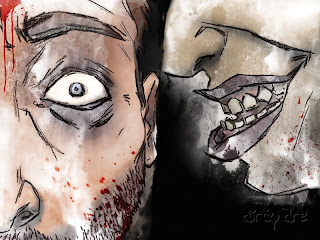 This is just my small contribution to such an amazing magazine. You can (and should) read them online for FREE! Expanding the function of you your corpus collosum and saving the environment, one virtual page at a time!

I'm not sick but I'm not well

In case you didn't get the memo. September '08 I was commissioned to do some merch designs for Common. Unfortunately, the brand never got launched as he signed a deal with Microsoft for Soft-wear. Fortunately, I have all this awesome art to show you! 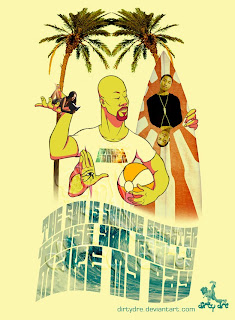 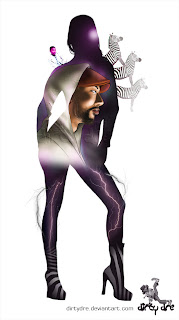 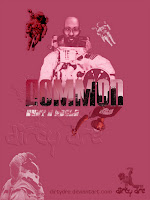 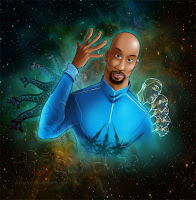 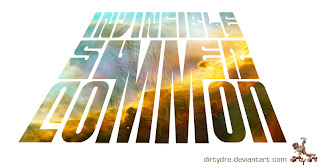 I'm taking a break from writing an essay on how a lack of illustration has a positive impact on Homers Odyssey. Somewhat oxymoronic considering my line of work/study. Despite this, behold substantial evidence of such terrible illustration, gag. 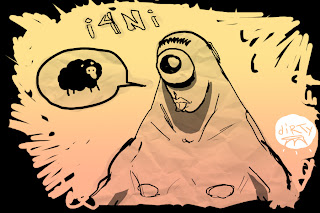 A valuable tid-bit I've come accross in my journey as an Illustration student.
The farther away you are, the darker it is, and the harder you squint... the better your art will look.
Behold exhibit A.

(hint. squint harder)
This is also my attempt at simplifing the Art Neuvaux style of Alphonse Mucha in a (obviously) more animated style... obviously
Posted by Dirty Dre at 5:33 PM 1 comment:

From the Dali to the Party 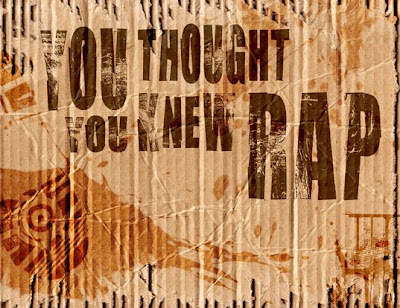 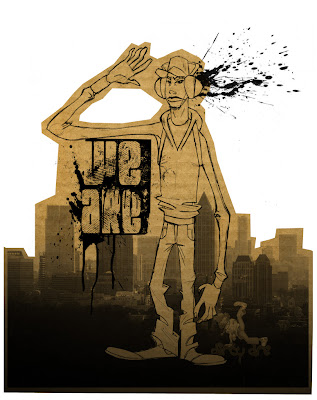