At the sake of trying to not sound like an after school special, Imma be lettin' y'all know about the magic that is Finding Forever. No really... I DO have my reservations with this album, so ch-check it!

First and foremost, I should say that this ain't the C-O-Double-M-O-N's best effort to date. After listening to it for the first time I found my self saying "Com just doesn't have the lyrical integrity on this album as he does on his previous chart-droopers"
That's when it hit me that that is exactly what people were complaining about Electric Circus. THEEE Electric Circus that I pride as my favorite album of all time that has been considered my "bible" and been described as putting me into an "Orgasmic Trance".
With that said I didn't want to sound like a hypocrite, so I gave it a few more listens... like a few dozen more that same night.
What I discovered was this album has the wrong title!! This should be called BE, not Finding Forever, Be should be called Finding Forever!!!! (you feel me?)
On this album, Com seems to feel at most very comfortable with just being, he describes the lives of people through song and the such. The dude has finally arrived to this tip where he can just kick back and actually just rhyme bout whatever and just Be with it.. my argument is that the album BE is his closest attempt to perfection, more critically acclaimed than anything else he has ever done in his career including 'I Used to Love H.E.R.' and his first Grammy earned with ex-girlfriend Erykah Badu. That album was his true open hand at "forever" and that's where he found it. Finding Forever is where he comes full circle while still being able to evolve from the 40 drinking emcee he was 15 years ago on 'Can I Borrow a Dollar' in '92.

k... that's the orgasmic trance I was talking about, sorry

All in all, a dope album.. but no where as close to perfection or 5 mics or XXL's or whatever as Be was.

some things do confuse me just a bit though.
The fifth track sounds like he really REALLY misses Miss Badu (Awwwwwwwww) and he has none other than Will.I.Am to be his wingman on his "Yes/No/Maybe" note

'So Far to Go' is my only real beef with the album. I almost (and I do stress almost) want to skip it when listening, Why?? When announced that there would be a new Dilla produced track on the album I was geeked in anticipation to find out what it may be, just to hear the same beat that was on Dilla's 'The Shining'. Now that's cool, it's a DOPE track. The issue is Com re-wrote the lyrics to it with nowhere to go but down.

C'mon Com, if you're going to redo your own track AT LEAST MAKE IT BETTER, don't disgrace Dilla Dogg by make it a snoozer dude.

Creative with the gifts, plus he hit it from the back! (Ugh!)
And places we ain't supposed to

Hmmmmmm... Common likes it in the bum ay?

The follow up track is a beautiful ballad about how Common really just can't settle down. Sorry ladies,

as far as wives [He] was thinking like Solomon 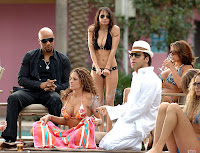 but with entourage like this can you blame him?


Ah well, if I were a certain head wrapping soulquarian better call Tyron eclectic singer I might be a little hurt... but I ain't so HA!

Dope album, I'd buy it if I hadn't already 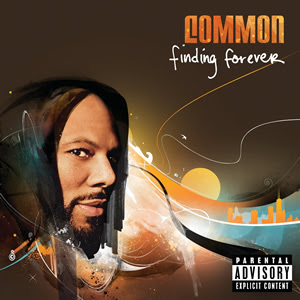 btw -- you heard it before, but i'll say it again, that common you dropped is disgusting. REDO THE OTHERS! lol